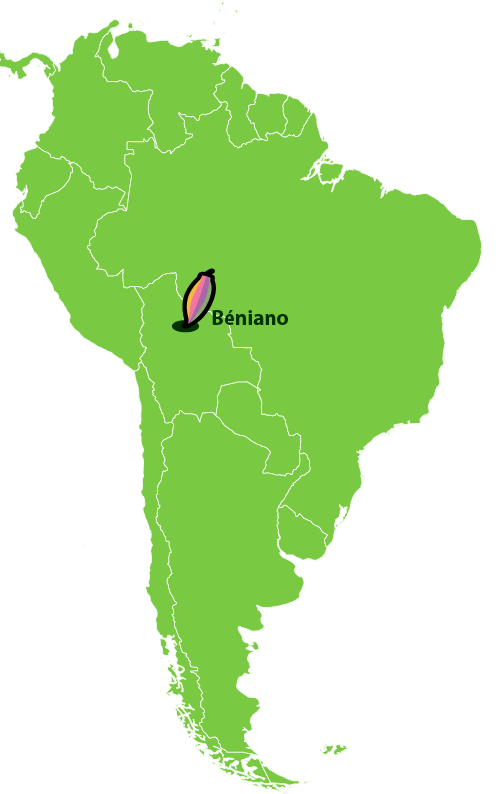 Analysis reveals that Tranquilidad samples are related to the new cluster of cacao found on the Béni River. This population is new & there are no clones of this type in any int’l GeneBanks. — Dr. Lyndel W. Meinhardt,  Ph.D., Geneticist, USDA 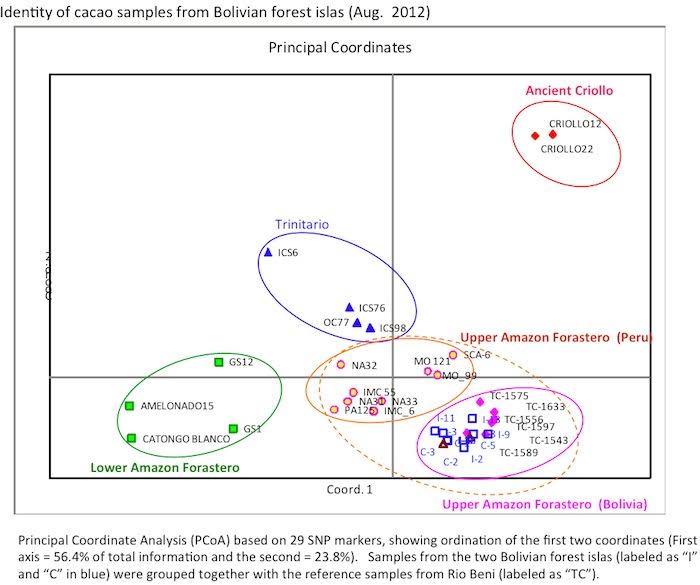 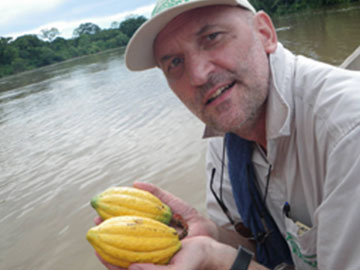 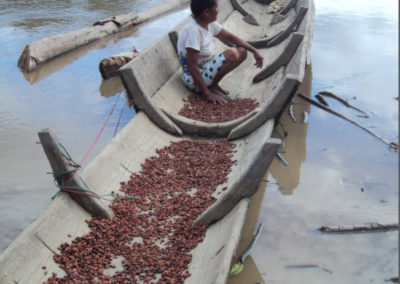 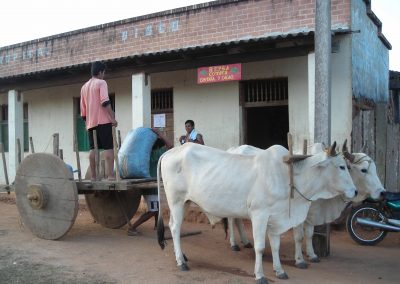 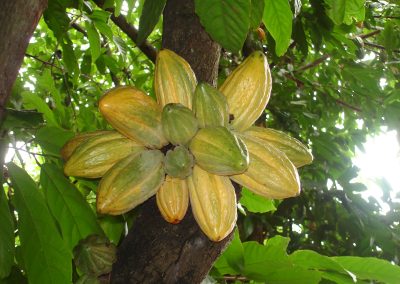 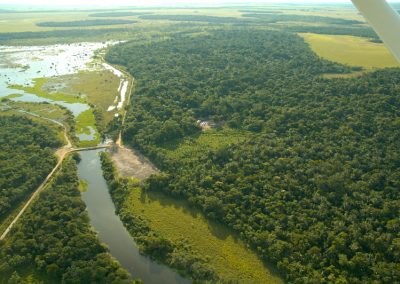 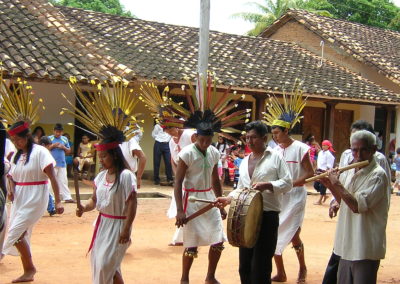 The ancient Beníano genotype. Homogeneous inbreed whose multi-trunked trees come about when the mother dies & young shoots bloom at differing successive years over the course of the tree’s life & clump together.

Of the highest pedigree. Archetypal really. One of the greatest heritage cacáos of all-time…

For centuries Beníano cacáo has been revered by pre-Columbian cultures, then European explorers. Cited by the early Western chocolate-critic — Fr. Francis Xavier Eder in the 1700s — as best among all, including the fabled Criollos of the Maya. Unless you’re the age of Methusaleh or old as diamonds you’ve probably had nothing like it.

Harvested on moat “islands” in the Bení River. Locals call them chocolatal (“place where cacáo grows”). Some 30 such chocolatals dot the river, ranging from 2 to 12 acres.

Seasonal flooding from the Madeira & Guaporé rivers forming the Bolivia / Brazil border primarily accounts for these isle wetlands. In the wake of such floods, early peoples may have then built irrigation systems to sustain them.

Additional importance lies in Beníano being Witches Broom-tolerant — a disease & one of cacáo’s mortal enemies.

A genuine 3-dimension ecosystem based on the triple pillars of environment / economics / social engagement.

As such, Landmark Wild Chocolate Reserve™ positions the renowned Beníano cacáo as a cornerstone.